Please note that the views expressed by Michael Dowling do not reflect the views of the Uniting Church in South Australia, which currently has no policy on Voluntary Assisted Dying.

Here is Rev Dowling’s presentation, in full, published with permission…….

Thank you for the opportunity to speak to you as the local representative for Christians Supporting Choice for Voluntary Assisted Dying. It’s a privilege to be involved in this important discussion.

I suspect that some of you here today identify with a particular religious tradition, and that some do not. When it comes to the matter at hand – VAD legislation – I wish to address both groups; and I wish to do so in a way that moves beyond religious stereotypes, stereotypes based upon very vocal adherents of a particular viewpoint; stereotypes that propagate the myth of a monolithic “Christian view” on social issues; that, for example, all Christians oppose gay marriage; that all Christians wish to criminalise abortion; and that all Christians oppose voluntary assisted dying (VAD). Such is not the case. Within the Christian faith there is a wide variety of views on these subjects.

In particular reference to VAD…

The group I represent are:

Christians who believe that, as a demonstration of love and compassion, those with a terminal or hopeless illness should have the option of a pain-free, peaceful and dignified death with legal voluntary assisted dying.

According to the 2019 “Vote Compass,” some 3 out of 4 Christians in Australia are in favour of legislation for the choice of VAD.

“Surely the Christian faith and the Bible have a blanket prohibition against voluntary assisted dying?!”

If you thought this, you would be wrong.

As previously mentioned, “Christianity” is far from monolithic when it comes to social views, including views on VAD.

As for the Bible, it has nothing, nothing whatsoever, to say on the specific subject of voluntary assisted dying.

Christian opponents of VAD, if they use the Bible to support their argument, are forced to rely on generalities and then seek to extrapolate from these generalities to the specific case of VAD. They might quote, for example, the biblical commandment, “Thou shall not murder” and then curiously equate murder with VAD. Christian opponents to VAD might also claim the inviolable “sanctity of life,” stating that human life is so sacred that it can never be deliberately ended, even if the person in unrelievable suffering has requested its end.

These arguments can be rebutted on two grounds.

If the Christian opponents of VAD assert that “sanctity of life” and “prohibition against killing” are timeless and inviolable Christian injunctions, then they are either wilfully ignorant or just plain disingenuous.

If behaviour is any guide, then over the centuries, Christians have been, not infrequently, quite enthusiastic about killing, and quite indifferent to the sanctity of life. Crusades, religious wars, persecutions, pogroms, torture, and burning at the stake have all been conducted by those who could point to holy Scripture for its justification. In more recent times, many conservative Christians in countries such as the United States, are enthusiastic supporters of the death penalty.

The reason that some Christians can quote the Bible, when it suits them, as justification for killing, is that the Bible itself is quite ambivalent about killing, and quite ambivalent about the supposed sanctity of life. Yes, on the one hand, the Bible contains many admonitions to us to love one another. On the other hand, the Old Testament biblical authors, not infrequently, portray a tribalistic God who orders the wholesale genocide of entire groups of people. For some troubling bed-time reading, try Book of Numbers chapter 31, but only if you have a strong stomach.

The Christian Bible says many things that have inspired and motivated the lives of the most sublime and saintly people.

The Christian Bible has also been used to justify the most appalling and callous behaviour.

When we Christians feel compelled to offer ethical advice to the wider society, in this case ethical advice as to the sanctity of life, we would do well to remember Jesus’ adage, an adage as relevant today as it was 2,000 years ago: we should first cast the log out of our own eye before seeking to remove the speck of sawdust from the eye of another.

But when it comes to the specific case of VAD, the Christian Bible says…precisely nothing.

And so, just like other members of our pluralistic society, Christians need to examine the proposed VAD legislation on its merits and with a willingness to engage in some uncomfortable self-scrutiny.

If, hypothetically, I was a Christian who felt uncomfortable about voting in favour of VAD legislative, do I really believe that my discomfort is more important that the unrelieved agony of the person requesting VAD?!

We human beings are endlessly self-referential. Almost invariably, everything comes back to me.

I believe we each need to ask ourselves the fundamental question:

“What or whom do I see at the very centre of this debate?”

Is it my personal ethics?

Is it my understanding of God?

Is it my feelings of discomfort?

Or…am I prepared to move out of the centre?

Am I prepared to see at the very centre of this debate, not myself, but rather the person in unrelieved suffering who is requesting VAD?

To the Christians present:

The gospels recount that Jesus was a great healer.

We recall his healing of a man with leprosy.

A person whom no-one would help.

A person whom no-one else would touch.

It was this man whom Jesus touched.

It was this man who moved Jesus with compassion.

The Greek word used to describe Jesus’ reaction was a word etymologically related to the gut.

Jesus was moved in his gut; he was moved viscerally by the man’s plight.

If the gospel accounts can be believed, perhaps Jesus had few limitations when it came to healing and relieving suffering.

Sadly, modern medicine does have many limitations when it comes to healing and relieving suffering.

If Jesus could see the plight, today, of those whose suffering is extreme and unrelievable, would Jesus not be moved in his gut to compassion for them?

I simply pose the question:

What makes you think that Jesus would not be whole-heartedly in favour of legislation for the choice of voluntary assisted dying?

In conclusion, I speak to the religious and non-religious alike: 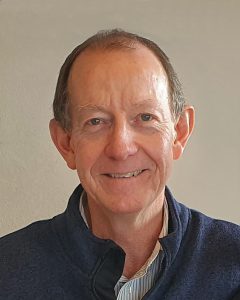 My background in brief:

My working life has been a career in two parts. In the first, I worked as an analytical chemist, and then for more than two decades in the field of scientific instrumentation. The second involved a major change in direction, surprising no-one more than myself, of moving into church ministry, first as an aged care chaplain and then, more recently, as a minister of a Uniting Church congregation in the Adelaide Hills. I have a beautiful and blended family, children and grandchildren, and also have the enormous good fortune to have remarried, last year, to my beloved Karen, some 20 months after the death of my beloved wife Joy after many years of chronic illness.  For many years, I have had a strong belief in the right to voluntary assisted dying, and recently was invited to be the local representative for the group I speak on behalf of today.

On behalf of:  Christians Supporting Choice for Voluntary Assisted Dying