Rev Craig Kilgour, New Zealand. Sermon – My nephew had an assisted death in Canada: it was compassionate, it was humane, it was right and good.

I am re-posting this sermon in support of the End of Life Choice Bill which would enable terminally ill New Zealanders to have the choice of assisted deaths under specified circumstances.  To become law, this Bill requires a YES vote in a Public Referendum question to be included at the  General Election to be held September 2020.

I restate – the last two paragraphs of the sermon sum up the compassionate Christian approach to Assisted Ding Choice.   Ian Wood

From our friends across the Tasman I have this Sermon in strong support of Assisted Dying from Rev Craig Kilgour, when Interim Moderator at St Columba’s Presbyterian Church, Havelock North, New Zealand..

It is quite unique in that a nephew of Craig had an assisted death in Canada.  The last two paragraphs of the sermon sum up the compassionate Christian approach to Assisted Dying Choice: “Let me finish this with what my family members said and repeated often using these words about my nephew’s death: It was compassionate, it was humane, it was right and good. And the family are very proud and humbled with the courage he showed in his battle with cancer. And to me no one has the right to be critical and judgemental of the choice he made.

The sermon is posted here with the kind permission of Rev Craig. In response to my question on what was the reaction of his congregation to the sermon Craig replied: the reaction from the congregation was very positive with many copies requested. Copies went wider into the community. I’ve been asked to speak to a retired group of Doctors at Hastings hospital.

The topic I’ve chosen for the sermon might seem strange for a morning when we celebrate the birth and baptism of Angus, but then I thought when life ends, we celebrate the life lived whatever the length.

I mentioned my dilemma to Granddad David and he said it evens things out!

I want to share with you this morning about what our family has experienced just recently.

I’m going to talk to you about assisted dying, euthanasia, a topic which is difficult to deal with, and it provokes very strong feelings.

The End of life choice Bill is currently with Parliament’s Justice Select Committee. There have been 35 000 submissions – think about terminal illness, a few months to live, sound mind, to allow physician-assisted death.

I with some of the congregation, attended a discussion on the Bill, that our MP Lawrence Yule had called with a panel of experts at our Community Centre a while ago.

The issue has been debated by the General Assembly of our church and they were unanimously opposed against supporting the Bill before Parliament.

After I took the service on 30 September, I went across to Takaka for the memorial service for my nephew who had died in Canada. He was 47 years old. The memorial service was held on Wednesday 3 October in the Pohara Boat Club – a place where he loved racing his yachting.

I did the eulogy and the internment of ashes at the local cemetery.

It was hard taking part in the service but good to spend a week with the family. I got back home last Monday.

So let me give you a background that led up to his death in Canada on 18 September.

My nephew was born in Timaru and when quite young, the family moved to Takaka. He went to Golden Bay High School. He loved sport of all kind – rugby league was his first love and he continued to follow the warriors in Canada. He was into motorsport, dirt bike racing stock cars, yachting. Although he suffered from seasickness, he was a very competent sailor. He was adventurous – rock climbing, skydiving, bungee jumping.

When he left school, he became a share milker, he worked in Western Australia on outback stations as a jackaroo, he tried deep sea fishing in a Sealords boat. He met his wife at a Takaka A & P Show. She was a local vet. In 2006 they left for overseas for London, Zimbabwe and Canada. They got married on Christmas Eve in a chapel at Las Vegas in 2007. Seven years ago they had twin girls and five years ago another daughter.

Five years ago my nephew was diagnosed with an aggressive melanoma on his face. He had surgery which twisted his face, radiations that destroyed hearing in one ear and affected his swallowing and numerous chemotherapy sessions that left him sick. He was given experimental drug treatments. The best treatment he could have in Canada. He was able to have medical cannabis to help him sleep and control the pain.

Early in September my brother and sister in law along with their son and daughter went to Canada to be with the family.

My nephew and his wife gathered the family together to tell them that he would stop any further treatment and that they had decided with the doctors that his life would end on 18 September.

Canada’s Supreme Court has ruled that the Right to Die with Dignity was a basic human right. You might remember Lecretia Seales, the 42 year old lawyer dying of a brain tumour, went to the High Court in Wellington. The Court ruled that Parliament needed to change the law.

I was in contact with my brother as to how they were coping. He said it was difficult but because of their son’s condition, the pain and discomfort he was facing and the appalling future he faced, they accepted the decision made.

The day before he died my nephew cleared out his shed and burnt rubbish. The next day in the presence of his wife and 3 young daughters, he died.

While in Takaka, I talked extensively with the family. They all felt that what had taken place was right and that he was at peace.

The challenge I think we all faced, personally I had for many years been in favour of assisted dying. Intellectually I believe it needs to come in our country – even if it is for a relatively small number of people – but when it actually comes close and to your family, emotionally it is much tougher to deal with.

You occasionally hear opponents to the Bill use the slippery slope argument, but this argument has been used for every social advance we have made in society: giving emancipation to people of colour, votes for women – we celebrate 125 years in New Zealand – decriminalizing homosexuality, same sex marriage. We are making society more permissive but more humane.

While I lived in America for nearly six years, I read extensively about the State of Oregon. The law on which our one is modeled on, has been in operation for nearly 20 year. Oregon has a population of 4.1 million. They found that over a ten year period on average 30 each year used the legislation to end their lives – again under strict guidelines. A number of people were able to use the means to end their lives but didn’t use it. They had peace of mind. Whenever it is on a ballot, conservative groups have tried to deny this right – each time it has been overwhelmingly defeated. It was widespread public support.

I recently read Nikki Gemmell’s book ‘After’. She is a top Australian novelist and writes a regular column in The Australian. I jotted down in my note book a few quotes from the book:

– In the fraught world of euthanasia – if the perpetrator’s family cannot by law be involved in the wishes of the person wanting to die, then you are condemning that person to a horrendously bleak and lonely death.

Dr Philip Nitschke – Exit ‘those who seek to exert control over the dying process are pragmatic and directed – and are not cowards, but courageous.’

Nikki Gemmell’s mother committed suicide without telling anyone. Her mother had suffered chronic pain from a couple of botched operations. The book ‘After’ came out of her and the family coping with her mother’s death. She wrote about her experience in her column and had been flooded with responses.

While on holiday in Rarotonga with friends, one evening we were discussing euthanasia. One of our friends, a local GP, made a couple of comments to me. First he said in the 36 years I was in ministry I had more to do with death and dying than he did as a doctor!

And towards the end of the discussion he said would I be able to help someone to end their life with pills?

I went to bed with that on my mind. Next morning at breakfast I said to him Yes I could if I loved someone, they were suffering and I knew their wishes. Someone in the group said to me; Where is God in this? I said I’m not sure God has anything to do with it, but on later reflection, if God is love – and love is shown, yes God is present.

Ian Harris: “What does love, when focussed unwaveringly on the wellbeing of another require for this person in these circumstances at this time?”

The other reflection I have is that over all my time in ministry I visited many parishioners in Senior Citizen homes/Rest homes. I had known many of their life stories. Most had lived full, rich lives, adventurous lives, they were ready and wanting to die. Numerous ones would say; Craig, I hope I could go to sleep and not wake up. I would often reply they needed to be patient and accept the love given by family and friends – if they had anyone. It wasn’t that they felt a burden on others but rather life itself was a burden. Doing basic things took everything out of them.

In a recent Listener article on Jenny Gibbs, one of New Zealand’s leading philanthropists, had made a submission to the select committee considering the issue of voluntary euthanasia.

As someone said there will be no more deaths, but less suffering.

Let me finish this with what my family members said and repeated often using these words about my nephew’s death: It was compassionate, it was humane, it was right and good. And the family are very proud and humbled with the courage he showed in his battle with cancer. And to me no one has the right to be critical and judgemental of the choice he made. 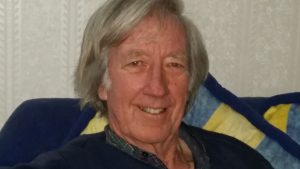