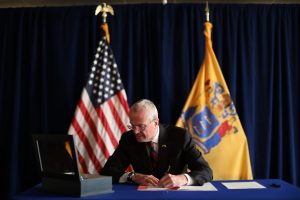 It is undeniable that there are people with terminal illnesses whose lives are reduced to agony and pain. Some of these individuals may thoughtfully and rationally wish to bring an end to their own suffering but cannot do so because the law prevents it and compels them to suffer, unnecessarily and against their will. I have seen such debilitating suffering firsthand in my own family, and I deeply empathize with all individuals and their families who have struggled with end-of-life medical decisions. As things now stand, it is the law, rather than one’s own moral and personal beliefs, that governs such decisions. That is not as it should be. After careful consideration, internal reflection, and prayer, I have concluded that, while my faith may lead me to a particular decision for myself, as a public official I cannot deny this alternative to those who may reach a different conclusion. I believe this choice is a personal one and, therefore, signing this legislation is the decision that best respects the freedom and humanity of all New Jersey residents.